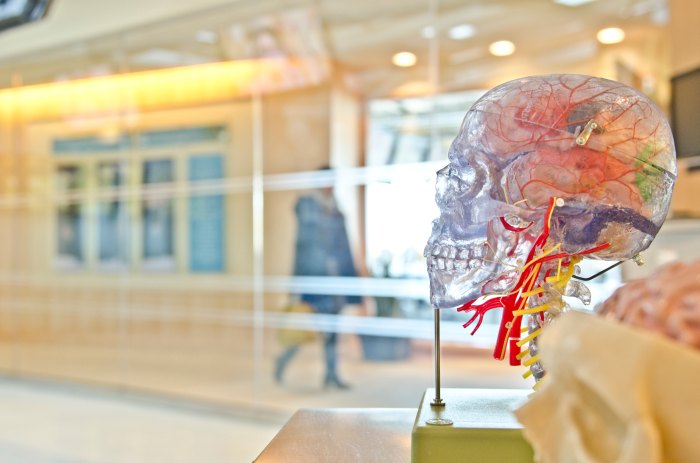 The concept of Deep Learning was so intriguing and new to me that I found it difficult to tear myself away from the lectures on the weekend that I reached this topic. I ended up taking more detailed notes on ANN and CNN than on any of the previous models, partly as a function of their complexity/novelty and partly out of a desire to understand the concepts thoroughly enough to explain what I was learning to my talented Network Engineer boyfriend.

Deep Learning is an area of Machine Learning in which programs are designed to mimic the way in which humans process new information and learn. Specifically, these Deep Learning is modeled after human neural networks, complete with several layers of connected neurons working in concert with other “hidden layer” neurons to process the information received through synapses.

For a more technical, in-depth description of synaptic input in the context of Deep Learning, I will refer back to Efficient BackProp by Yann LeCun et al. (1998). This document contains roughly 41 pages of analysis that is pertinent to practicioners of Data Science. The network of neurons return outputs that can be continuous, binary, or categorical – in which case, there could be several outputs for each observation. In addition to this, these signals are often passed to further hidden layers for processing before the user sees a complete output.

The focus of a neural network is in the weights of each input for given synapses. These weights are used to train the model and are how the model is able to learn, or refine itself with successive iterations. The activation function (chosen by the programmer) is what takes the initial weighted sums and decides what signal to output for the next layer. In the course I took (Deep Learning A-Z by Kirill Eremenko and Hadelin de Ponteves), we examined four common activation functions: Threshold, Sigmoid, Rectifier, and Hyperbolic Tangent functions. The further reading offered on this topic was Deep Sparse Rectifier Neural Networks by Xavier Glorot et al. (2011).

Neural networks can be simplified to an input layer and an output layer, which would essentially be analagous to or replaceable by any of the regression models reviewed earlier. However, what sets NNs apart from those models is the activity in one or more hidden layers between the inputs and the output. Each neuron in the hidden layer treats the weights as it was trained, so the distinct neurons in the hidden layer receive the same inputs but often pass along different signals that contribute to the next layer or to the output. In addition to this, each neuron has distinct conditions that must be met (as determined in the training phase of the model) for the neuron to even activate and pass on a signal!

Maybe it’s the educator in me, but I am obsessed with the analogies to human learning. For example, since neural networks learn by observation rather than being coded with explicitly defined rules, it is important for data scientists to be conscious of possible biases in the data used to train neural networks. One researcher shared an anecdote related to the training of his computer vision model designed to identify and automatically filter out gratuitous nudity. As he was training the model to differentiate between clothed, artful nudity, and gratuitous nudity, his model continued to flag images that were not nude. His research team noticed that these false flags were often swimsuit photos or similarly bare midriffs. Since his training data included no examples of segmented nudity, his model believed that navels were indecent! This is similar to confirmation bias or persistent misconceptions in human learning. Thankfully, human and computer neural networks can be retrained with strategically improved training data. And, for humans, a willingness to relearn.

In addition to this, the way in which we train neural networks looks very similar to the observe-hypothesize-assess-adjust cycle that humans use when learning and forming worldviews. In making mistakes, we learn from them when given meaningful feedback (similar to the Cost function C in NNs) and apply ourselves to consider new possible hypotheses (similar to Gradient Descent) – in this way, we form and reform understanding of the information we receive through sight, sound, smell, taste, and feel.

You Can Learn Anything (video from Khan Academy)

We employed Theano, TensorFlow, and Keras to power the ANN for our scenario.

As is often the case, R has more succint libraries more readily available for data science tasks. What took 10 videos in Python only took 4 videos to walk through in R. I still prefer Python in general because the language is applicable in a broader range of contexts, but R is clearly a highly efficient tool that I will continue to use in certain data science contexts.

A list of cost functions used in neural networks, alongside applications from CrossValidated (2015)

This site uses Akismet to reduce spam. Learn how your comment data is processed.